I’ll backtrack a bit, with a few things about Edinburgh:  It’s a little like going to New York city, if you can imagine Manhattan built on steep little mountains, and begun well before the twelfth century; it’s just constant motion, a lot o’ lot o’ people all on the move.  Its streets are also canyons, of stone rather than concrete.  It was once a walled city and the later building kept to that tradition; the blocks are solid masses.  In Old Town, they’re punctured by narrow closes, passageways to the walled interiors, which are courtyards, sometimes more shops, often gardens, or wynds, narrow twisting alleyways, often with stairs to accommodate the land. Yet almost all of it closes down at 5pm, except for the pubs and some of the restaurants.  It was a big deal to find the internet café, and to have it be open till nine.  It’s bustling. It’s big.  I stayed mostly central; my B & B was on the far edge of New Town, near Cannonmills, and I didn’t get much further south of Old Town than Lauriston.  I didn’t get to Leith and the waterfront at all (think Irvine Welsh), though I’d planned to.

It’s gorgeous, like nowhere else on earth.  It’s crass with wall-to-wall made-in-China tartan tchotchke shops in old town, and tours and tour buses, and it’s peaceful and lovely in its version of Central Park, the Princes Street Gardens, a natural valley dominated by the Castle.  The Scots do gardens very, very well, formal or informal; they take them seriously and they’re made for the eye, whether distant or close, and lovingly tended, though they contain way too much bad, highly sentimental monumental sculpture and downright goofy ornate fountains. Gardens and huge parks are all over the city, and the people are out using them.  And even houses that may have less than three square feet of open space have something growing in that space.

Actually, everything in Old Town is dominated by the castle, high on its central rock.  It’s magnificent, foreboding, stately and a little eerie.  I am still fascinated by how it just grows right up out of the bare rock.  And down past New Town, at the far end of the botanic gardens, miles away, the castle still ruled over the landscape, as I sat and watched about 15 swans gliding in a serene, gigantic, green and lovely park.  Here are a few photos of all of that: 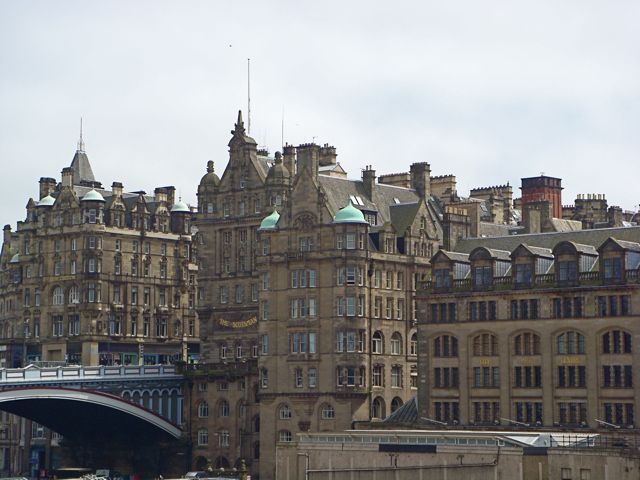 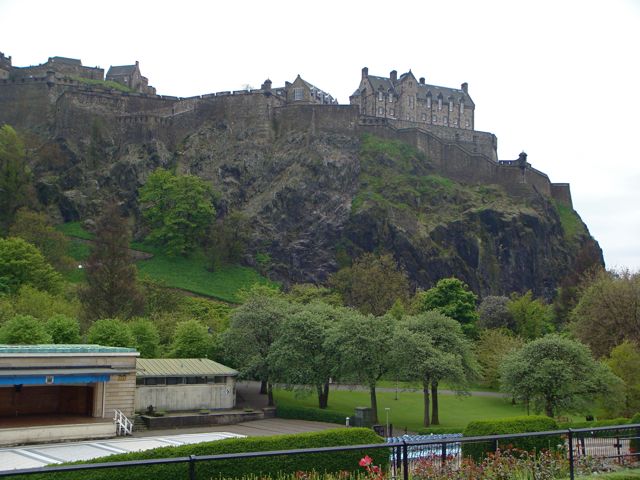 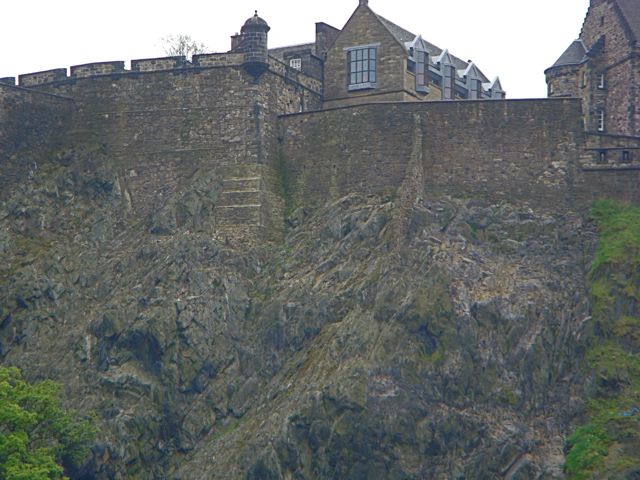 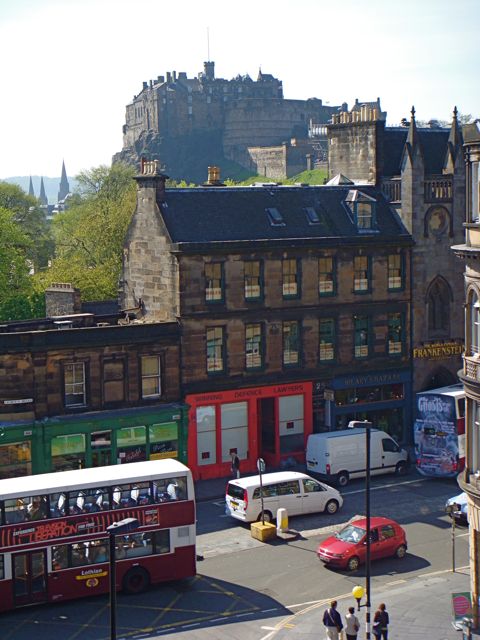 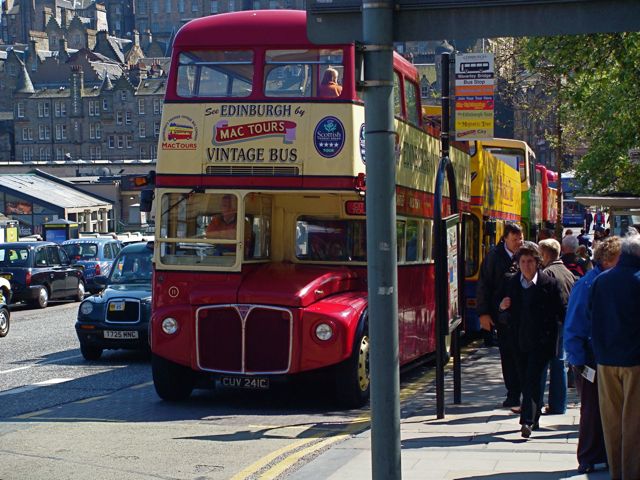 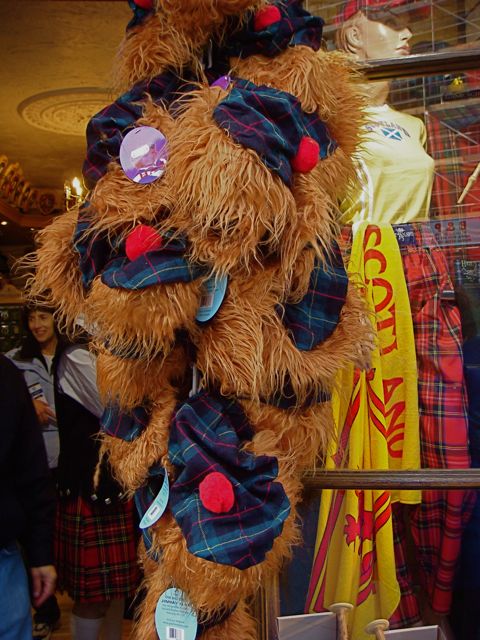 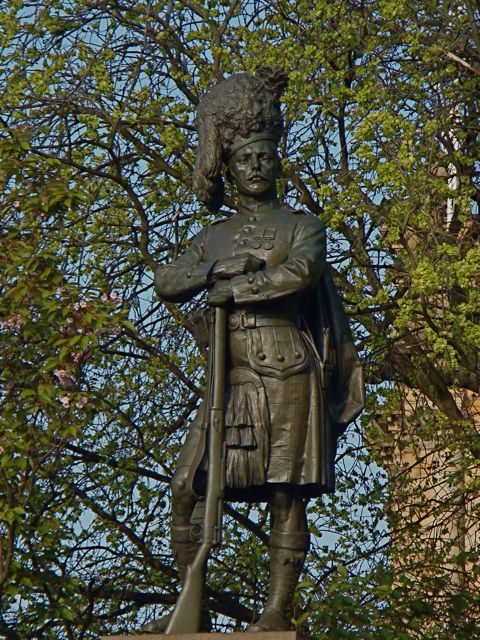 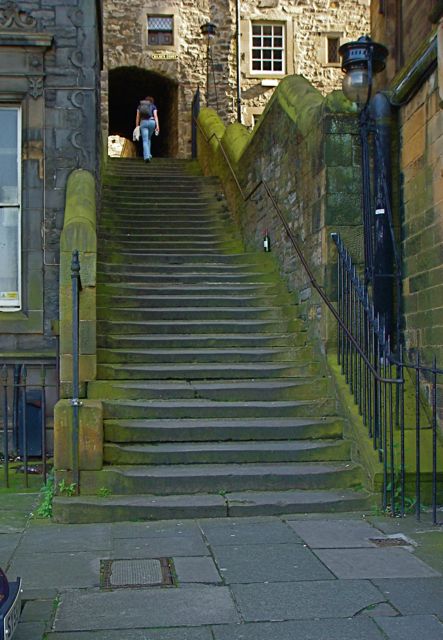 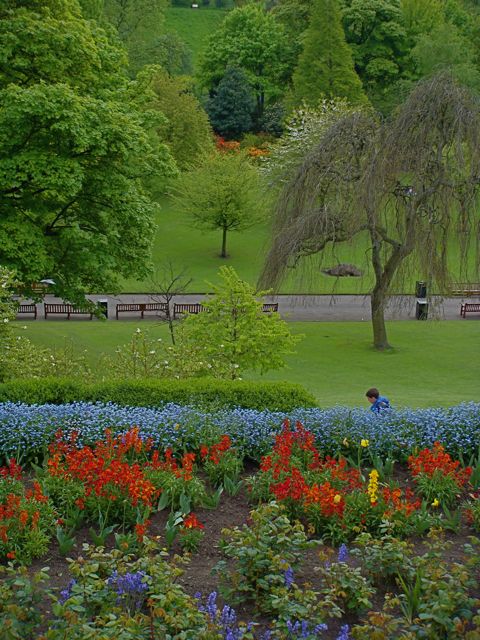 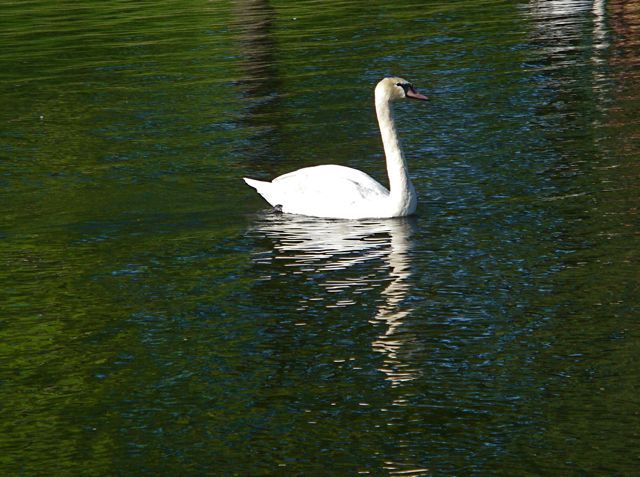 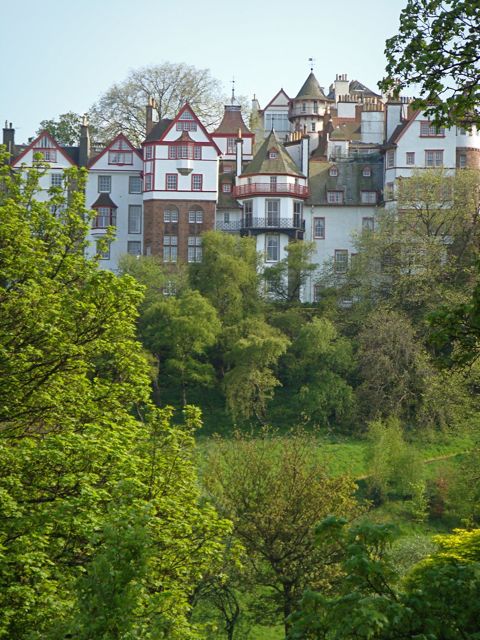 4 thoughts on “A Bit Aboot Edinburgh”