I’m once again in McDonald’s (sigh), with a bit of time to kill before my bus leaves for Ullapool, to the Stornoway ferry.  I thought I’d go out to the Inverness seawall, about a five mile round trip, and watch for dolphins in the Moray Firth, but I had to turn back after about a mile.  When I take the side trips to the islands, I leave my small rolling suitcase behind and pile what I need into my computer backpack.  That was still too heavy for a stroll; my ankles and the small of my back began to ache.

So here I am.  Inverness has changed a great deal since I was last here, over 15 years ago.  It was a pretty sleepy town then,  with a handful of tartan shops and a lot of pubs. At the time, the woman I was staying with advised me that “a lady should not go into a pub alone.”

Now, it’s bustling, booming, has shopping centers, at least ten Indian restaurants (unheard of 15 years ago), and is packed with tourists. Packed.  Almost every house near the city centre is a B & B. They are from the rest of the UK and all over Europe; all over the world, really.  There are only a handful of Americans right now, but I’m told they descend in droves in the summer, the ‘high season’, from June to August, when all the prices rise.  The Highlands are a hot place to go for, for their beauty, and for all the interesting old things, and some horrific, new, built-for-tourists ones as well, like a Loch Ness waterpark, etc.  I think, all those years ago, most of the people who came here were like me, come to see the auld sod, for heritage, and they came from the states, Canada, New Zealand, Australia, South Africa, all the places people emigrated to, that left all this beautiful scenery undisturbed.

There is a lot more garbage, everywhere.

People ‘do’ the Highlands.  There are eight million bus tours; for instance, there are packed day trips to the Orkneys. You hop on a bus in Inverness, it takes you to the shorter, less interesting ferry from John O’ Groats, you hop on a bus that stops at all the attractions, the historical sites and newer ones, you pop out, snap a few photos, stop for an overpriced lunch that features none of the local food,  then it’s back to the ferry, the bus, and Inverness, and tomorrow you can ‘do’ the Hebrides, or so many castles in a day, or so many distilleries in a day. (These tours were what my bus driver pal on Mainland Orkney was complaining about.  He said, “They rush! They rush from here to here, bang!  bang! And never do they know the beauty of the island, never do they want to know it, they come only to see things.”)  All this with entertainment while aboard the bus, so that you don’t need to have a single thought of your own.

I feel so lucky to have been here before all this started, and I can’t begrudge it, but I can be wistful for how things were. It’s great for the economy here, which, 15 years ago, was still suffering as part of the British welfare state.  And, as the conventional and very practical wisdom was, “You can’t eat scenery.” But, it’s making me want to see less of the “sights / sites” and to just be in the country itself, instead, away from all this.  I’m almost dreading going to Callanais (OK, just a bit) because I fear it may be just the way the historical sites in the Orkneys were, but I’ll handle it the same way; take a local bus, walk, wait till the tour busses leave, and then have time to ‘feel’ the stones.

But I think my day trips are over, even though I can have more of my train ticket to use (no one’s marked off any of my trips!). I think, when I return to Inverness, I’m going to take a day to hike as much of the Great Glen Way as I can, and climb Craig Phadraig, and simply breathe in this air, which is soft and delicious. The country itself, the people, the land, the creatures and the foliage, are enough.

And even though there’s all this commercialization, there is still Highland hospitality.  This morning, I stopped at the B & B I’m booked into after Lewis, and told them where I was going, and that I had what I needed in my wee backpack, and asked if they might keep my suitcase for a few days.  She said, “Of course! Let me show you where I will keep it, so you have no worries.  We’ll take good care of it.”  I said I would gladly pay the same fee as the train station charges for “left luggage”, and she said, “Psssht!  No need, wouldn’t think of it! You enjoy Lewis now; I hope you have a good crossing. And we’ll be looking forward to seeing you in a few days.” 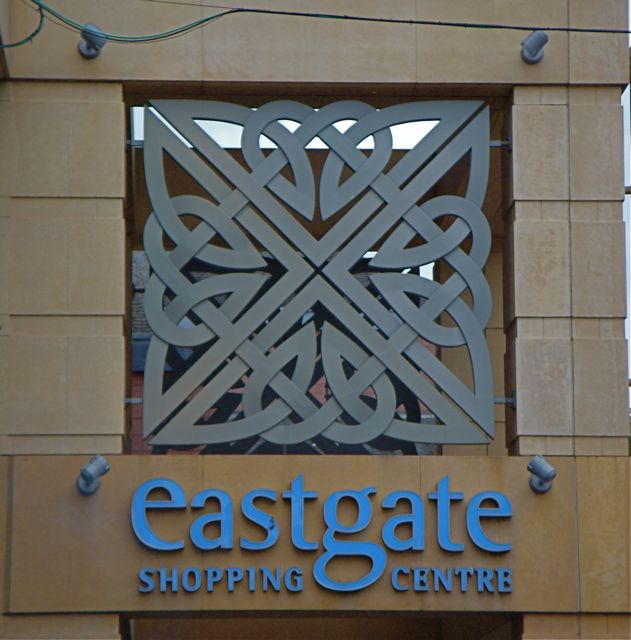