I am not at Catwalk yet.  I am in the Wilds of Pennsylvania.  Seriously.  There was a big sign; that’s what it said.  I saw the sign not three seconds after I decided I had better stop for the night at the next motel.  But then there were no motels in the Wilds, for a long while, so perhaps I am Out Of The Wilds. I am in a motel in Clarion, Pennsylvania, with about 300 miles or so to go in the morning, 1:30 a.m. my time, 2:30 Pennsylvania’s.

I didn’t leave till this afternoon. My departure was delayed by what might prove to be the weirdest thing in the Year of the Weird. I can’t write about it and I don’t want to.  It may very well be a Good Thing, and it resulted in the best sentence any male creature has ever said to me in my entire life (thank you), but it’s still weird.

It took me the exactly the same amount of time to drive across the entire state of Indiana as it did to get out of Chicago, which now charges $3.00 to let you leave, if you take the Skyway.  It seemed strange to just bypass my hometown of Cleveland, but after I did, I went through some Ohio mist. I had forgotten about it.  I used to love driving (or walking) through it when I lived there.  It lies in pools in the low areas between hills. It can be very thick, like the mist in Scotland, but it rarely rises more than a few feet.  In Ohio, the mist rises up from the ground.  In Scotland, it comes down from above.  And that is my profound observation for the evening. 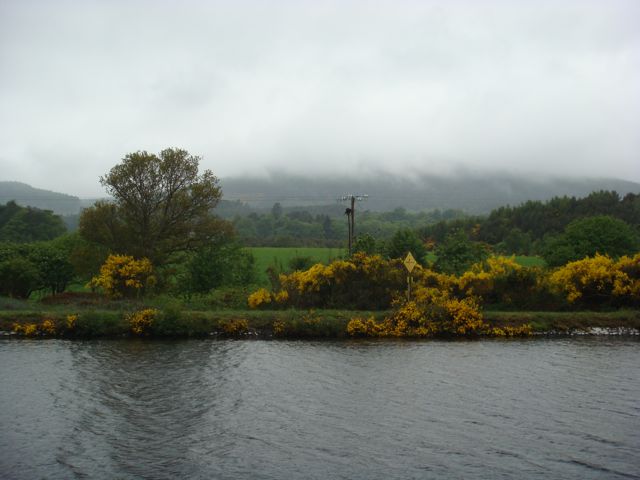 Not Ohio.  Or Pennsylvania.