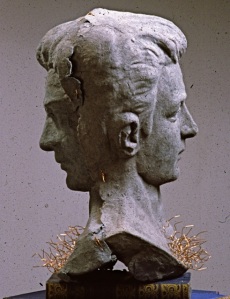 My last election-related observation (I think) is to marvel at people who profess themselves to be quite progressive by virtue of having supported Obama, but who, in daily practice, regularly employ the techniques of all that is most despicable in the same old, same old:  cronyism, disappearances, secret dealings, outright lies, scare tactics, covert maneuvering to push personal profitable agendas.

Ah, well.  Such is hubris, and hubris comes far too quickly to political connivers large and small, and even more easily to their hangers-on. The only comfort in that is that eventually and inevitably, nemesis arrives as well.

In the meantime, my wee world is back to waiting for The Word on several hopeful irons I’ve got in the currently sputtering, smoky economic fire.  Friday, I got e-mail from a place I’d sort-of taken for granted for a short winter break residency; now it appears that that assumption was my bad (or perhaps my own form of hubris?).  The economy has also forced changes on their part which may make those plans far less feasible for me now.  Could be that I will actually stay home, and undertake one of the improvement projects on the house that I’ve had on the back burner for, oh, several years…and try to make my tiny cold basement studio work for me as well.

There are five weeks left in the semester, including the short Thanksgiving week…far too late to apply for any alternative winter break situations.