Today is the last day that I have health insurance. Here at Women’s Studio Workshop, I’m pretty much acclimated and somewhat recuperated now, though I’ve had certain chilling clues that an extensive healing needs to (and will) take place (and time).  It was fifteen years of my life, after all (and I gave it my all for most all of it).  I am, thankfully, in a fine place to begin that. 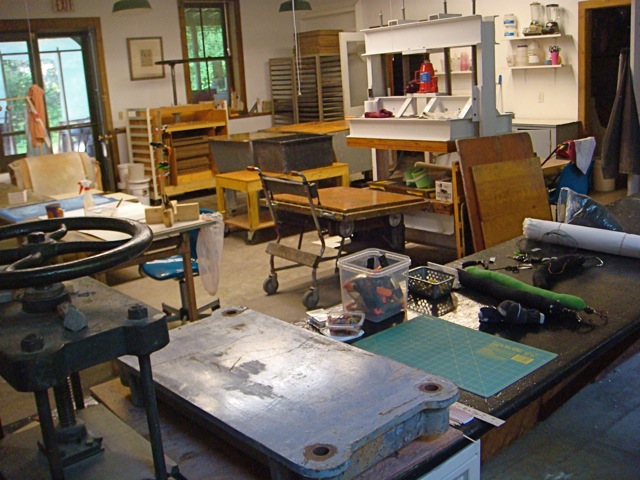 Here’s my domain, as well as it can be shot.  The Reina beater (in another small room) is sweet (and much, much more efficient than the one I’ve used these many years). For the first few days, I shared the studio with Pi, a delightful person near my age, who spontaneously showed me how to braze steel, and also left a small bucket of gut (pig intestines, i.e. sausage casing) in the studio fridge for me to mess around with.  She left Saturday, as did the three interns who have all been here for a year.

Later on Saturday I moved from the Atwood House, two doors down, which I shared with the interns, to a small apartment on the third floor of the studio building, which I’m sharing for the next three weeks with Abby, a printmaker and future book conservator.  The studio’s now mine until July 4, and I’m settled in till then as well. I quickly learned to stop hitting my head on the eaves up here, and it’s very nice to have a semi-private space. 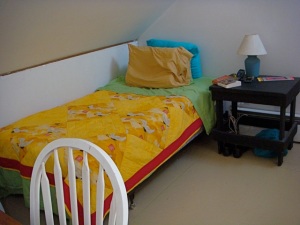 My work’s all at the testing, testing, testing stage.  I’m building something I’ve been thinking about for nearly a year, but I also have a strong urge to just play, like maybe to make sheets of paper for fun (imagine!), and I’m going to take some time to do that.  For the next week, it’s just myself, Abby and Amanda (who is editioning a mighty fine book she just finished printing today: 80 copies). And of course, all the WSW staff and founders.  Next week, three new interns arrive to begin their year.

The area’s really gorgeous; my kind of place.  I love all the old eastern US mountain areas, and I remember how truly surprised I was last year in Catskill to find that this part of NY is indeed so rural.  NYC is under 100 miles away, so I guess I’d expected amplified suburban mall ‘n’ sprawl, like Chicago’s surrounding areas.  Though it’s still pretty populated, it’s also all twisty hilly narrow roads, gingerbreaded old buildings, abundant lakes and streams, views of the Catskills, and tiny towns.

Rosendale is that.  Tiny, old for the US, funky, but with everything you need a short drive away, and a two-hour train ride to Grand Central (yes, of course I’ll go in at some point).  Apparently, the Shawangunk mountains, where I am, are made of a limestone that was perfect for making cement, and the WSW building is the old headquarters of the Rosendale Cement company. Its product was used to build the Brooklyn Bridge, as well as many other historical structures contemporary with it.  In the woods just up the road and in other places in the area are rows of huge old overgrown cement kilns; and there’s a towering solitary smokestack, just visible through the dense foliage, like another of the tall trees that grow right up to it, only made of red brick.

This place is for rent. I like the shelf-bracket porch supports. 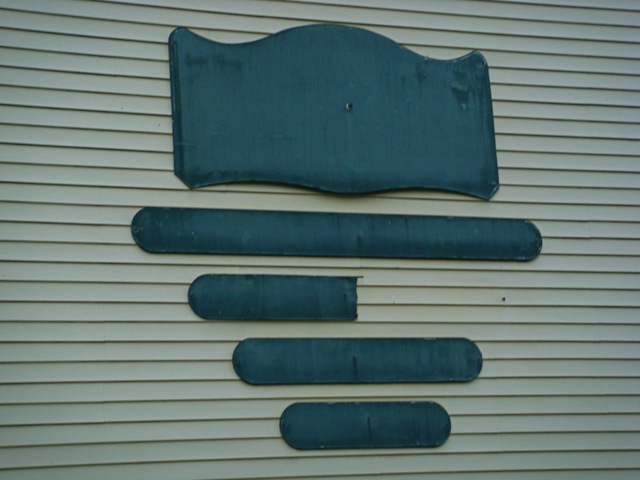 I like it, a lot.  It isn’t quite Vermont or Asheville or Black Mountain, but it would do.  And that made me wonder, and then made me realize something I didn’t even want to think about: about the kind of cold, hard ambition that would spur anyone to leave a peaceful place like this, to go and systematically set out to trash several people’s lives elsewhere in order to feed it.  And that caused some truly disturbing, explicit dreams, and brought the realization that healing was needed, and that it very well may be a long, slow march. 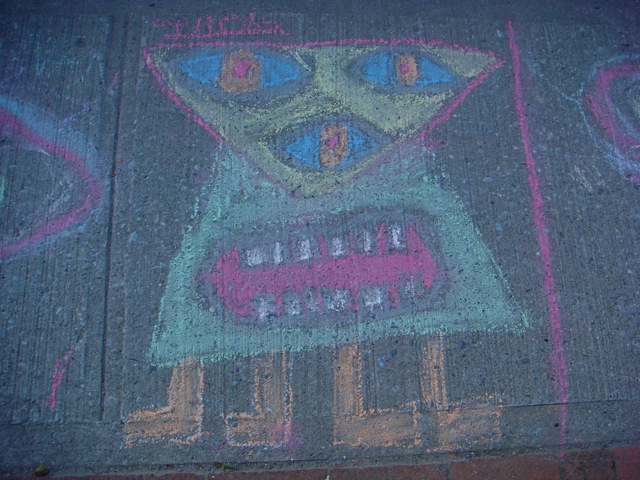 And now, off to the studio, to the future, to the best part of the process: my process. 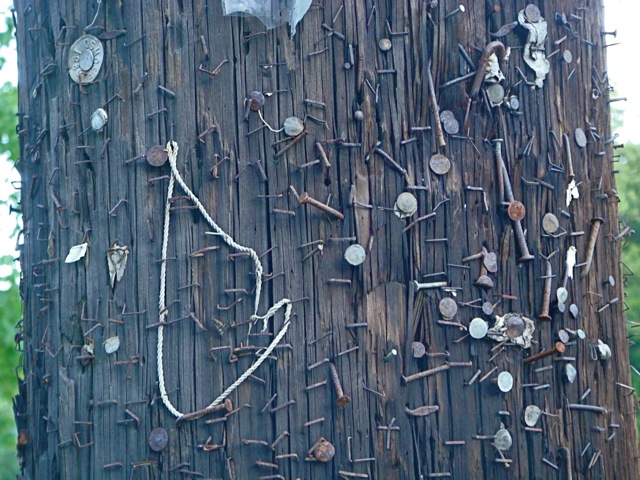 One thought on “the ‘hood helps”