It’s been possibly one of my oddest residencies ever, one with a choppy, disjointed flow, but it’s been a good one nonetheless.  Talking with an old friend about needing to spend residency time to address a sustained barrage of painstaking, time-sensitive outside work helped: she said, “Maybe it’s good that you are here in this peaceful place during this,” and I realized that was true.

The new project I wanted to do will be finished later, when I return for the harvest. It’s just a tad too early for the plant species I will be gathering and the rainy weather will not permit the project (or the harvest, even if the plants were ready) to happen at this time. And, finally, I stopped trying to ignore a piece that had inserted itself into my consciousness weeks ago, insistent on being made:  after a two-day flurry of testing, dyeing and experimenting, I completed it at one lengthy go, working all day yesterday and into the night (except for two small drawings that will be added after it dries).

The finishing , cleanup, readings and viewings begin today; see you on the other side. 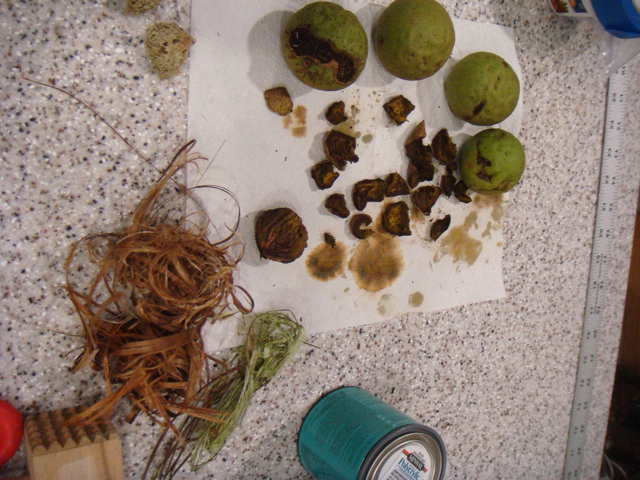