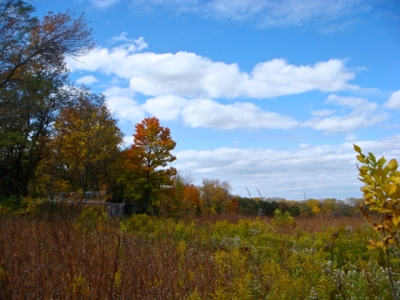 Now I can bring the Blahg into the present! Or close. Ragdale is: Ragdale, as superb as always, but spectacularly painted by October.  It’s absolutely glorious to be IN autumn every day, not fleetingly observing it from a car or train window in regimented rows of city blocks. 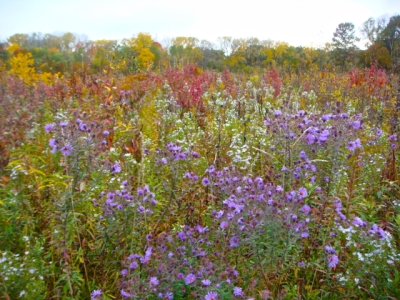 It is odd to only be here for two weeks, and a lesson learned is that it takes virtually the same carload of supplies and equipment as it does for my usual month; the only difference being smaller quantities of brought-in fiber.  Already the residency has passed the halfway mark!  Probably any other blogs that happen will be photo-only. 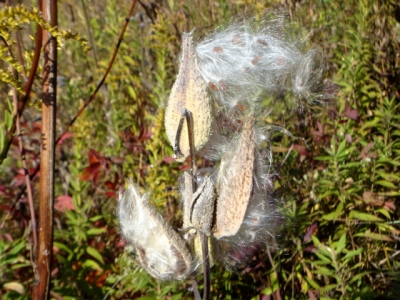 I’ve harvested  a big batch of milkweed from the Meadow, leaving the seedpods. Half is prepared for pulping, the other half stripped, cleaned and dried for later. The last thing I will do before I leave is harvest autumn dogbane. 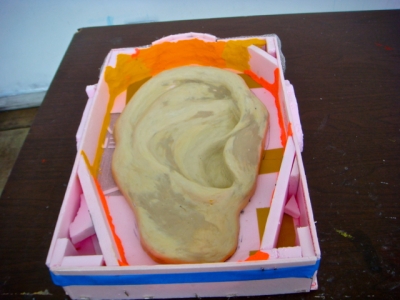 I’ve got multiple projects going.  This one (the main project, to me) looks like a departure, but really isn’t, all that much; stay tuned.  I’m trying to nudge drying times along (the October sun isn’t very effective, but we definitely have wind) to have one completed, situated prototype before I leave. This will eventually become an ongoing project; the prototype will tell me what refinements (if any, she says hopefully) will be needed, and I’ll continue developing it in Vermont. 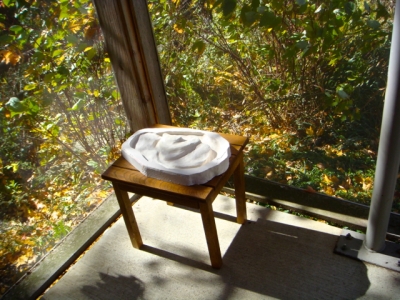 Sunday, I will open the studio for this event; it won’t be the exhibition-type open studio I’ve done in the past, I’ll just keep working and open the doors.  I suspect I’ll be making sheets or will reserve some other relatively neutral activity for that day; I need quiet and privacy when working with color or shaping the final look of a piece.  If you’re in Chicago, come on out! 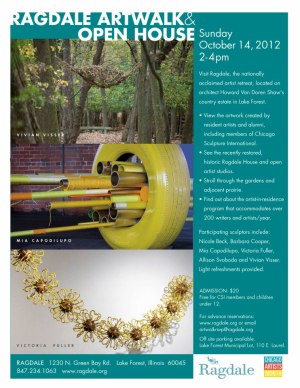