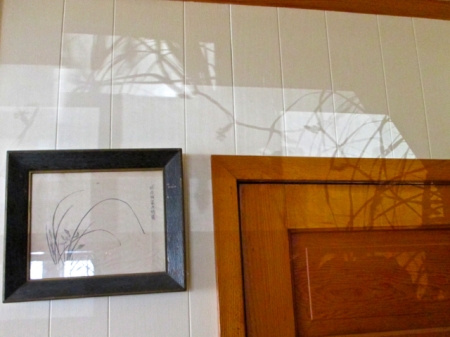 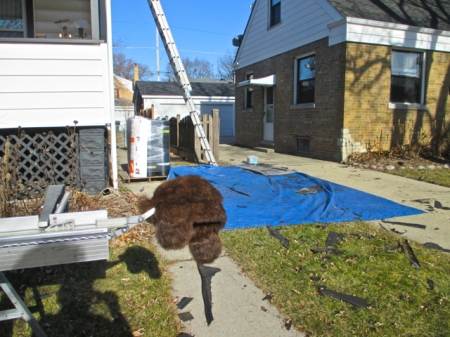 We were cooped up during this, but it was sunny. And very, very cold.  I would not have wanted to be a roofer, though I did have lunch-break hat envy.

We had a quiet, comfortable and yes: happy new year celebration and first two days of the year, with the operative word being: quiet!  Chance made huge strides on the 30th and 31st as our roof was noisily replaced with loud daylong thumps and bangs. He stayed in contact, looking at me when he heard something strange, and repeatedly made the choice to follow a verbal calming cue and get rewarded, instead of spiraling off into fear. He turned a huge, huge behavioral corner with the turning of the year, and when the fireworks (and guns) began at midnight, he again chose to seek my reassurance rather than to challenge the madly exploding world. He is thinking, not reacting. Hooray, pup! 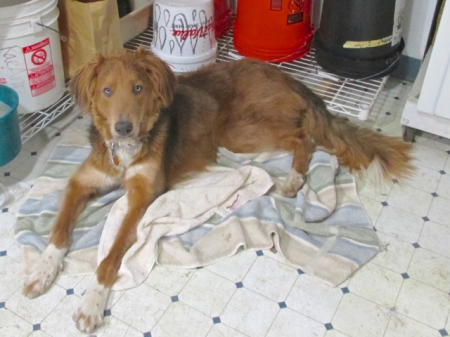 He wants to be a studio dog!  Past dogs have gotten mightily bored with me while I’m in there, and he might too, but for now I am making him a bed down there, complete with a juicy studio-only bone.

After naming 2014 the year of “productive balance” I was feeling quite cautious while pondering what I’d like to happen in 2015. While I was able to remain reasonably productive, the idea of balance ironically turned into 2014’s major challenge with our lives tilting to and fro. For 2015, three words are insisting on being uttered; they are: Positive, Transformation and Investigation.

Time and space definitely need to be left open for those last two things to occur, so once again, I’ve not applied for anything new, and have simply taken on some nice things that have come my way: six rather good shows and three classes planned (the first two are open for registration and are appearing in the sidebar), one or two residencies and at least one (fun) winter house project. 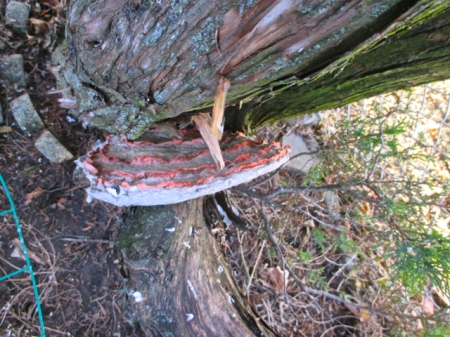 The downed ear will spend the winter wedged into this notch.

Investigation may or may not change that tactic next year; regardless, I woke on the first feeling… wonderful, and that hasn’t abated. Now, off to a January with only two relatively easy deadlines and many, many lovely possibilities. Wishing you all a wonderful year of excellent choices! 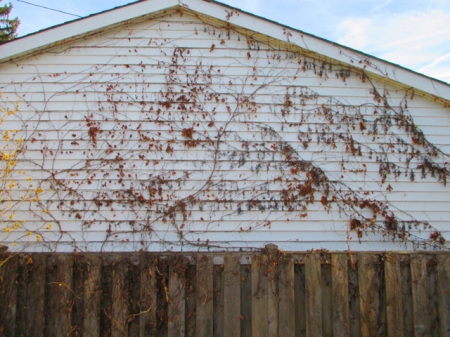 This wall may be transformed in spring; I am thinking of cutting off the main trunk of the Virginia creeper, but leaving its skeleton, a winter calligraphy I love.