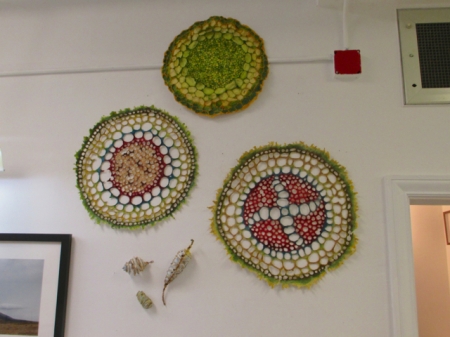 A visit to ZIA and my part of Anne’s current back room installation. 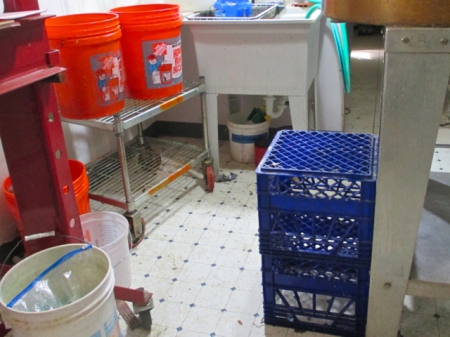 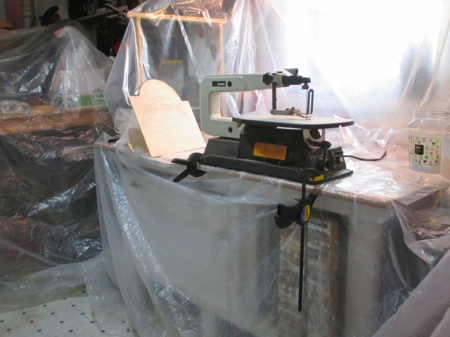 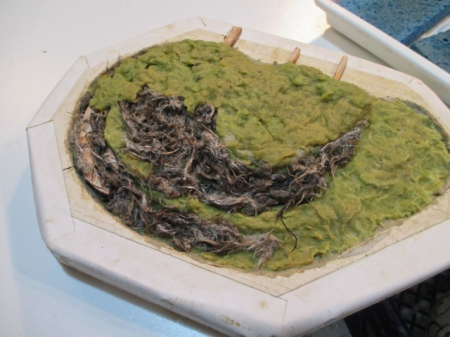 Building with the landscape and an eye to the work’s eventual deterioration.

It’s been a full, fine marathon. The summer studios became operational instantly, and I realized that they had already evolved to accommodate the back arthritis I didn’t consciously know about before this year. I have things with wheels so that full buckets don’t have to be carried; instead of attaching a hose, I use a milk-crate stand for draining the beater so full buckets don’t need to be lifted up from the floor. The studio transforms like lightning now from beater room to production to wood shop to reasonably comfortable seated task space. I still keep looking ahead to next year as I work: not only the garden but the studio is in full glory in the summer and I’ve never yet had the opportunity to use it for the whole season. 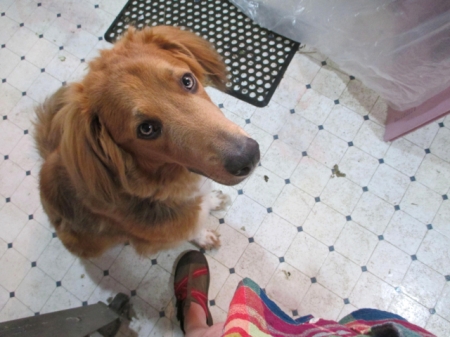 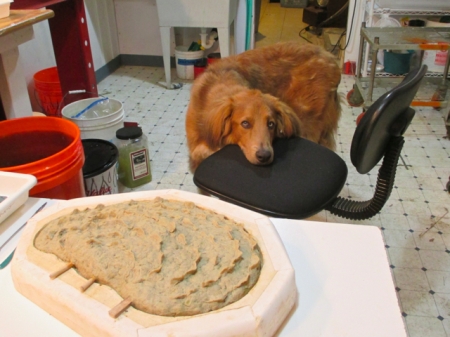 These eyes follow me, like living with an owl (I would like to live with an owl). Chance has become a sweet calm studio dog, just wants to be with me, stays out of my way as I do my working-dances, but observes everything. Often, when I bend down to the floor, there is just the lightest touch of his nose sniffing the top of my skull. He apparently approves of what happens in – or exudes from – my head while I’m in studio mode. He will occasionally do a full-body twitch when a machine is turned on, or when big things move as the space (frequently) changes shape, but he reacts no more than that. These things would once have sent him into a fear-frenzy. Now he will even take a good long nap while I am at an extended seated task like casting ear-fungi. 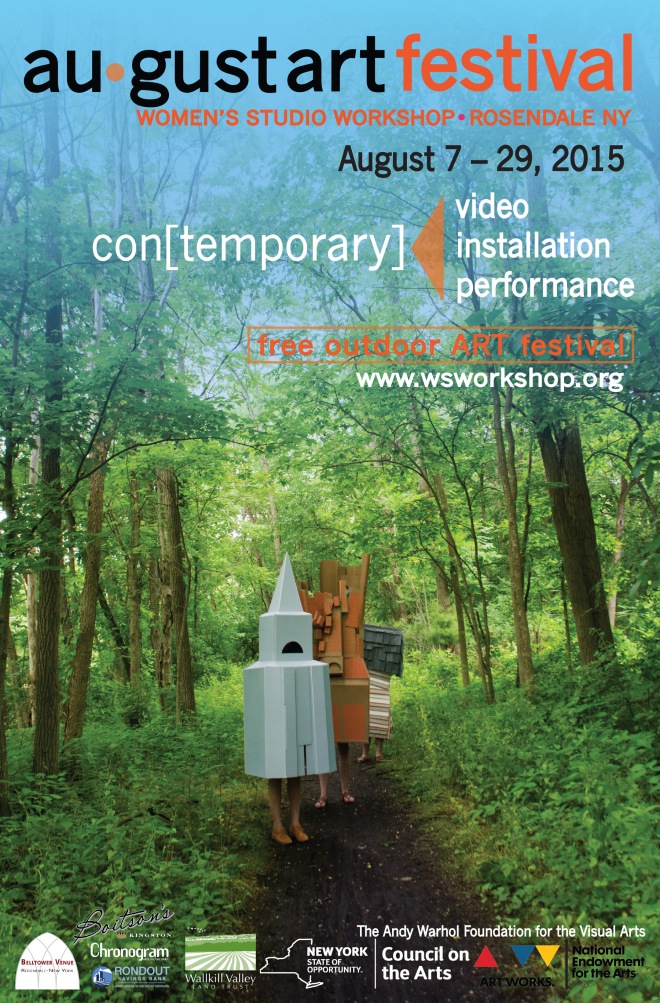 Whatever I get done today finishes the studio time this session (sigh), tomorrow is packing and shipping two shows and a few last-minute outside errands, Monday to pack everything and square away, Tuesday, load and road.

One thought on “Progresses”